Laziness and lack of motivation can be brain disorder 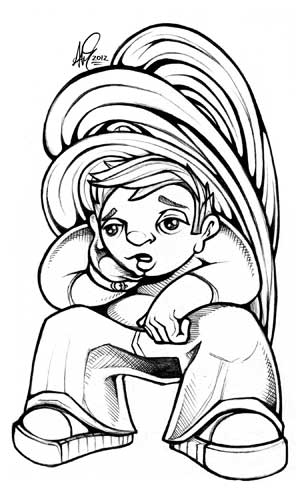 Henry and his wife, Katrina, had been seeing a marriage counselor and were on the brink of divorce. Katrina described her husband as moody and no fun to be around and said he had turned into a different person since they married seven years ago. The Henry Katrina married liked trying new things, going out to dinner, and traveling. But in the past couple of years Henry had gained about 40 pounds, developed sleep apnea, and begun taking an antidepressant, hypertension medication, cholesterol-lowering medication, and antacids.

During his downward spiral Henry also had stopped exercising and started to eat poorly. His stress levels at work become much worse because he could never set healthy deadlines with his boss. Henry’s health took a drastic turn for the worse when he accidentally overdosed on his hypertension medication and passed out. He fell on his head and lost consciousness for a few seconds, basically suffering a brain injury that exacerbated his mood and health problems.

When I examined Henry he demonstrated slow mental speed and poor memory. He also showed an absence of deep tendon reflexes, loss of smell and taste, and hypokinesia, or slow movements. Although Henry did not have a neurological disease it was obvious that he had a brain disorder; his brain was not working well, especially considering he suffered a recent head trauma. Henry also presented with all the symptoms of impaired dopamine. He had no motivation, could not handle stress anymore, and felt worthless.

Dopamine-impaired patients are red flags for me because they lack the brain chemistry to follow a program. Their faulty dopamine system makes them non-compliant patients. This concerned me because Henry needed to address many health issues to improve his brain health and dopamine system. His circulation was poor, he was not producing adequate digestive enzymes, he was pre-diabetic, and he did not exercise.

I sat down with both Henry and Katrina and told them how poor dopamine activity makes self-motivation difficult. I asked Katrina if she could please hang in there for a few more months and help Henry stay on track with his supplements and dietary changes. I also told Henry not to complain when Katrina pushed him to follow the regimen, and that he needed to listen to her.

I immediately placed Henry on natural compounds to impact his dopamine system, and had him start a basic exercise program and a diet to reduce his blood sugar levels. The first month was extremely difficult for Henry, but as time went on he began to lose weight and increasingly relied less on Katrina to follow his diet. Henry noticed that if he forgot to take his dopamine support he could not get through the day. As time went on he was able to improve his blood glucose, lower his blood pressure, improve his circulation, and quit taking his antacid medications. These are all key mechanisms directly involved with how the body makes dopamine, which I will discuss in this chapter.

I share Henry’s case because many people who have an impaired dopamine system may need compounds that impact dopamine function to kick start motivation, but they are still a band-aid approach. The mechanisms that lead to dopamine impairment must be addressed in order to make a significant clinical difference. If you have difficulty motivating yourself, doubt yourself, have poor self-worth, and have other symptoms of impaired dopamine, this chapter is very important for you to understand.