Hypoglycemia misdiagnosed as bipolar and depression 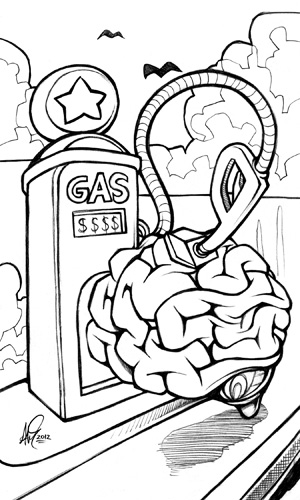 Melissa was a 25 year-old graduate student suffering from mood swings, her symptoms having developed during her past year of graduate school. She suffered bouts of depression, was tired all of the time, and her personality changed so that she was irritable and angry at times, which was nothing like her former self. A psychiatrist diagnosed her with depression, then with bipolar disorder and prescribed her several different medications, which only made her feel worse. The psychiatrist wanted her to continue trying different medications, but both Melissa and her mother were hesitant.

Her mother was worried about her and brought Melissa in for an evaluation. She felt the stress of graduate school was too much for Melissa and wanted her to drop out and come home, something Melissa would not consider. Melissa felt graduate school was not that stressful and although it had been very taxing for her, she had been able to maintain good grades.

Although Melissa tried different medications that impact the neurotransmitter pathways, nobody asked her about her diet, the most basic approach. What a tragedy! In talking to her about her diet it was obvious to me she was doing all the wrong things. She skipped breakfast but then consumed a dessert at Starbucks loaded with sugar, whipped cream and caramel (also known as a coffee). She typically skipped meals during the day but snacked on fruit and high-sugar foods. She crashed in the afternoon, had difficulty waking up and did not feel rested in the morning, and had difficulty staying asleep during the night.

When you see somebody as young as Melissa develop symptoms within a year of moving it is easy to blame stress. Our physiology should be able to handle stress, but Melissa’s diet and lifestyle had already put her blood sugar on a very stressful roller coaster ride (hypoglycemia). Graduate school further taxed her blood sugar and adrenal stress-handling system, which was already taxed and depleted.

I was able to help Melissa commit to a diet that stabilized her blood glucose. She took nutritional supplements to help stabilize her blood sugar system as well as “adaptogens,” herbal compounds that help the body better adapt to stress. The combination of her new diet and nutritional support completely changed her energy levels and brain function. She was able to sleep through the night and no longer crashed in the afternoon. Her mood swings, irritability, and depression all came under control once she started to stabilize her blood glucose levels.