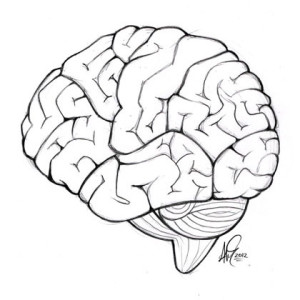 Jack was a 26-year-old college graduate with a degree in anthropology. Although he managed to graduate from college it was not without great difficulty. Jack had been diagnosed with attention deficit disorder (ADD) as a child but could not take any medication because they made him hyperactive and physically aggressive. Poor mental endurance and motivation made what seemed so easy and routine for everybody else a huge struggle for Jack. Just getting out of bed and completing an ordinary day left him both emotionally and physically depleted. It took him hours and hours to read each chapter for his classes because of his poor brain endurance. When studying he was easily distracted and needed to constantly take breaks because he couldn’t focus. He frequently missed homework deadlines and was always pleading with his professors to pass him.

Jack managed to finish college after six years but was so nervous about how he would compensate for his poor brain function in the real world that he moved back with his parents. He basically slept in every day and did nothing productive for more than a year. Jack’s parents initially understood and gave him support and encouragement, but eventually succumbed to disappointment and anger. Jack spent many days alone crying because he did not understand why he could not get his life started. Then one day a friend in the family mentioned my work and they flew Jack across the country for an evaluation.

When I first meet Jack I could see the deep sadness and shame in his eyes over having disappointed himself and his family. He was willing to try anything but was deeply doubtful anything would work. His parents were obviously emotionally broken and worn out by Jack’s condition. An examination made it very clear Jack’s frontal cortex was not working well. He was unable to perform basic math calculations. When evaluated for fast eye movements, called “saccades,” they were very slow. His handwriting was already very poor and worsened the longer he wrote. He also had increased muscle tone on one side of his body. Together with his history of ADD these symptoms it was clear he had gone his entire life with poor frontal cortex function.

I now needed to find out what factors were involved. He had all the symptoms and patterns associated with poor dopamine activity (dopamine is a brain chemical important for motivation) and his lab work indicated iron-deficiency anemia. Iron is critical for dopamine production and helps explain why anemia can cause depression and lack of motivation. Lab tests indicated his iron deficiency was related to an infection in his stomach of H. pylori, a bacterium that impairs iron absorption. Jack was also suffering from poor diet and lifestyle habits that led to blood sugar imbalances and a lack of essential fatty acids.

Jack was treated for his H. plyori infection and I placed him on supplements to increase his iron and brain dopamine levels. I also had him follow a diet that stabilized his blood glucose and improved his essential fatty acid levels (all discussed later in this book). Jack experienced a dramatic outcome in the first 30 days, as if somebody pushed his “on button,” according to his family. As his brain function and endurance improved, I introduced exercises such as Sudoku, math exercises, and coordination exercises to help develop his frontal cortex.

I share Jack’s case with you because it is a great example of how lack of activity in one area of the brain can completely derail a person’s life and disrupt family dynamics and relationships. It was a tragedy that nobody in the health care system could develop strategies to improve brain function early in his life. He was prescribed stimulants for his ADD but because they didn’t work the health care system simply dismissed him. Unfortunately, his brain never grew out of the ADD pattern and he suffered from impairment all the way through college. It is painful to imagine how different Jack’s life would have been had he been given strategies to improve his brain function as a child.

Development of brain growth, timing, and coordination in childhood are critical to proper function throughout life. If there is developmental delay in brain function in childhood, such as ADHD, autism, Tourette’s, OCD, anxiety, tics, dyslexia, learning or processing disorders, or even more subtle symptoms, it is best to aggressively rehabilitate function before adulthood. Unfortunately, the current model of health care tells parents to wait for the child to grow out of it. However, many children do not grow out it and miss key windows of time for ideal brain development.