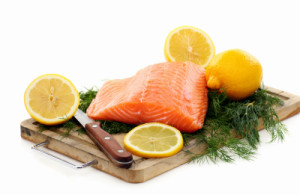 Allison, 37, was suffering from chronic depression. She had no desire or passion for life and could barely motivate herself to get out of bed every morning. She had tried various antidepressants but none of them helped her; instead they made her feel strange. She described her depression as feeling like her brain was a cloudy day with no sunshine. In addition to chronic depression she also suffered from poor memory, hair loss, painful menstrual cramps, and severely dry and flaky skin. She had tried various hair products and skin lotions but nothing seemed to work. Her premenstrual cramps were so severe she had to stay home from work and load up on over-the-counter painkillers. She suspected she might have a nutritional deficiency and took a daily vitamin and mineral product, but it did not help.

Her dietary history was quite revealing. She had a busy work schedule and ate fast foods for lunch and most dinners during the week. Allison loved French fries, chips, and anything salty and fried, and her diet was high in processed vegetable oils and fried foods. She also ate red meat and lots of cheese regularly. Like most Americans, Allison rarely ate fresh fish and did not eat nuts unless they were flavored or coated with chocolate. She found the taste of raw nuts too boring.

Allison was not getting any omega-3 oils in her diet. Omega-3 oils are called “essential fatty acids” (EFAs) because the body requires them from the diet for proper function. Many of Allison’s chief complaints, including her poor brain function and chronic depression, stemmed from a lack of omega-3 fats, even though she was taking a vitamin and mineral supplement. The EFAs found in raw seeds, nuts, and cold-water fish cannot be manufactured into a tablet or a powder-filled capsule. They must be consumed in the diet or supplemented with oil-filled capsules. Allison’s multi-vitamin did not provide her with essential fatty acids.

Allison had various other issues associated with her health, but a change in her diet was necessary to impact her EFA issues. I placed Allison on a broad-spectrum essential fatty acid supplement as well as a product very high in DHA. DHA is the key ingredient in fish oils necessary for brain support. I also significantly restricted Allison’s intake of fried foods and had her consume cold-water fishes, nuts, and seeds instead.

Within two months her menstrual cramps decreased by 80 percent, her hair and skin became healthier, and her symptoms of depression, memory, and general poor brain function improved dramatically. The dark, cloudy feeling in her brain dissipated, and she was able to finally lose weight. As she started to feel and look better she began to enjoy social events with others. A few simple dietary and lifestyle changes dramatically changed Allison’s life for the better.

I share Allison’s story with you because most American adults and children eat a diet high in processed vegetable oils and fried foods and low in EFAs. This diet can profoundly impact not only brain function and overall metabolism, but also how you look and feel. Despite the overconsumption of foods in the United States and the popularity of vitamins, many Americans are still deficient in ideal ratios of omega-3 EFAs.