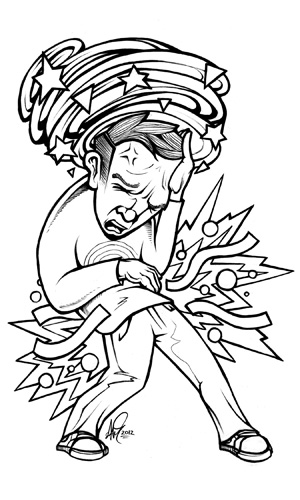 Samantha, 56, was a naturopathic doctor who had been suffering from chronic gastrointestinal disorders for more than 20 years. She had helped countless patients for various digestive conditions, but she couldn’t help herself. She came into my office with two grocery bags full of supplements and a box filled with various laboratory tests.

Her labs indicated she had recurring yeast and bacteria overgrowths and multiple food sensitivities. She had treated various parasitic infections with medications and herbs many times over the years, none of which made a substantial impact on her health. She had taken every supplement known in natural medicine to support her gastrointestinal tract. Many of them helped her digest her food and maintain regular bowel movements, but she was dependent on them for regular daily function.

Her diet was impeccable. She only ate organic foods and even had a small farm at her house for various vegetables, herbs, and spices. She never ate processed foods and rarely ate out. She said she followed such a strict diet not by choice but because she couldn’t function otherwise.

Her health began declining during the last year of her doctoral program 25 years ago. She had been under significant stress and also in a car accident that caused her to lose consciousness. She was taken to the hospital, told everything was fine, and released the same day. She said it took several weeks to feel stable after the accident, but had never really been the same since.

Samantha had significant abdominal bloating and eczema all over her body. When I checked her pupil responses with light she immediately became nauseous and developed a headache. This finding and several others indicated her brain was not healthy.

I ordered several laboratory tests that indicated she had severe immune reactions to wheat germ agglutinin, the lectin portion of wheat, as well as antibodies to glutenin, a protein portion of wheat (I discussed both of these in the previous chapter). Standard tests for gluten sensitivity screen for alpha gliadin only and not these other parts of wheat. This explains why Samantha’s previous tests for gluten sensitivity came back negative.

She also had antibodies to her cerebellum and intestinal transglutaminase, which shows up in those with celiac disease. In other words, she was suffering from autoimmune reactions to gastrointestinal and brain tissue and a compromised gut-brain axis, which is the communication loop between the gut and the brain.

It became obvious Samantha needed to address her disrupted gut-brain axis. I had her immediately go off all grain products and I placed her on an intestinal permeability repair program. I also found many of her nutritional supplements used wheat as a filler, which is typical of some whole-food supplements. We implemented many of the strategies that will be covered in this chapter to re-establish integrity of the vagus nerve (which coordinates communication between the brain and the gut), support her autoimmunity, and improve her brain health with neurotransmitter support.

I took her off most supplements except the ones she depended on, focusing instead on nutritional support for her autoimmunity and brain health. After several weeks she experienced dramatic changes in her digestive function for the first time in 20 years.